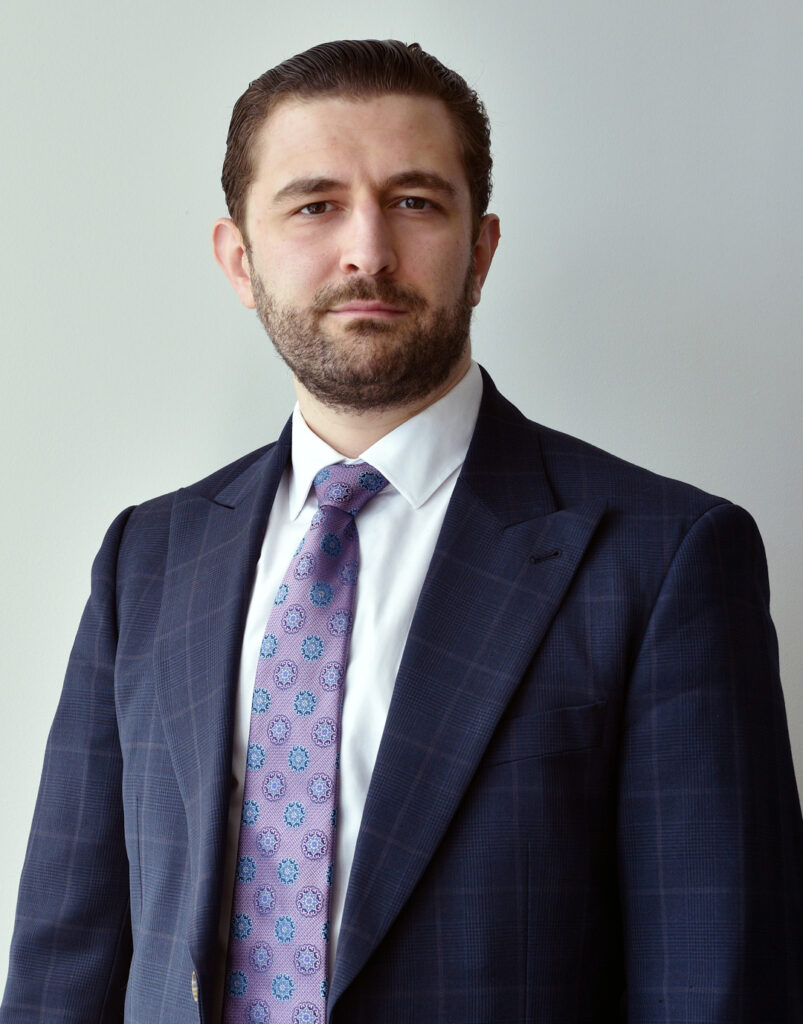 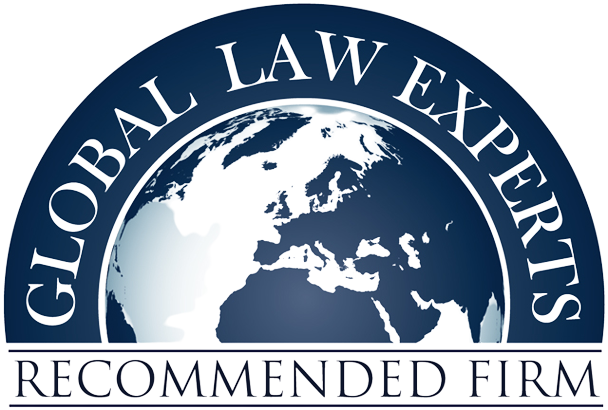 I am a litigator with extensive experience representing clients in high-stakes cases. I represent individuals and corporations in complex criminal and regulatory matters, zealously advancing their interests in both pre-trial proceedings and at trial before judges and juries throughout Ontario.

Upon obtaining my law degree, I furthered my legal studies by completing my Master of Laws in Canadian Common Law at Osgoode Hall Law School. At Osgoode, my courses included Criminal, Constitutional, Evidence, and Tax Law. I rely upon my advanced legal education and my experience as a trial lawyer to develop creative legal arguments and foresee triable issues that others may miss.

Prior to founding my law firm, I practiced law at a boutique criminal litigation firm in Toronto. I also have experience serving as a per diem Crown Prosecutor with the Downtown Toronto Crown Attorney’s Office. I regularly conduct trials, preliminary inquiries, and applications before the Ontario Court of Justice and the Superior Court of Justice. I regularly represent individuals charged with serious allegations of fraud, impaired driving, sexual assault, and drug offences.

My extensive litigation experience includes acting as defence counsel in large-scale police project prosecutions involving alleged criminal conspiracies, firearms trafficking, domestic drug trafficking and international narcotics exportation. I have secured full acquittals at trial for many clients prosecuted for alleged sexual assaults, and I have been successful in obtaining the withdrawal of charges in countless domestic assault cases.

I have experience in constitutional litigation, seeking the exclusion of evidence and stays of proceedings for violations of my clients’ rights under the Charter of Rights and Freedoms. I have utilized creative constitutional arguments to achieve successful results in seemingly unwinnable impaired driving cases.

Because I regularly take cases to trial, I prepare each one accordingly from the beginning. I have the experience, skillset, and vision to develop arguments that achieve favorable outcomes for my clients at trial, or persuade opposing parties to settle in the pre-trial phases of a proceeding.

Because of my extensive in-court experience, I am comfortable with and excel in courtroom advocacy and cross-examining opposing witnesses. Some of my most prized victories have materialized mid-trial when the prosecution has realized that they no longer have a chance at winning and have folded in defeat.

Clients regularly consult me when they are under investigation and facing crisis situations with impending litigation. I provide them with immediate advice and thoughtful representation, often discreetly resolving disputes and preventing otherwise uncomfortable legal exposure from materializing. If you are in a situation requiring a zealous, innovative, and resourceful advocate, please do not hesitate to contact my firm.

R. v. H.Y.: The client was charged with domestic assault allegations. All charges dismissed at trial.

In a domestic assault trial in Toronto, the Crown adduced witness evidence about the complainant having alleged injuries following the incident.. The defence’s theory was that the complainant was the aggressor and that any injuries were the result of self-defence. The cross-examination of the complainant uncovered many inconsistencies, and the crown asked the charges be dismissed.

R. v. S.L.: The client was accused of assault with a weapon.

R. v. T.N.: The client was charged with sexual assault, sexual interference, and breaching his bail.

The client was charged with sexual assault and sexual interference and a breach of bail charge. The sexual offences were related to allegations made by a former friend of the client. It was the defence position that the complainant was lying and had a motive to do so. The matter was scheduled for a preliminary hearing. Over several days of testimony, the defence was able to secure testimony that the Complainant lied to the police and her mother. Further, the defence was able to elicit testimony from the complainant’s friend that she coached her to lie to the police on her behalf. At the conclusion of the preliminary hearing, the sexual assault and sexual interference charges were withdrawn.

R. v. I.D. : The client was charged with cocaine and fentanyl possession for the purpose of trafficking following a police investigation in Milton.

He was discovered in a car with a large amount of drugs in the trunk. Following a thorough examination of the disclosure, a number of major concerns emerged. The prosecution dropped all charges after continuing negotiations. 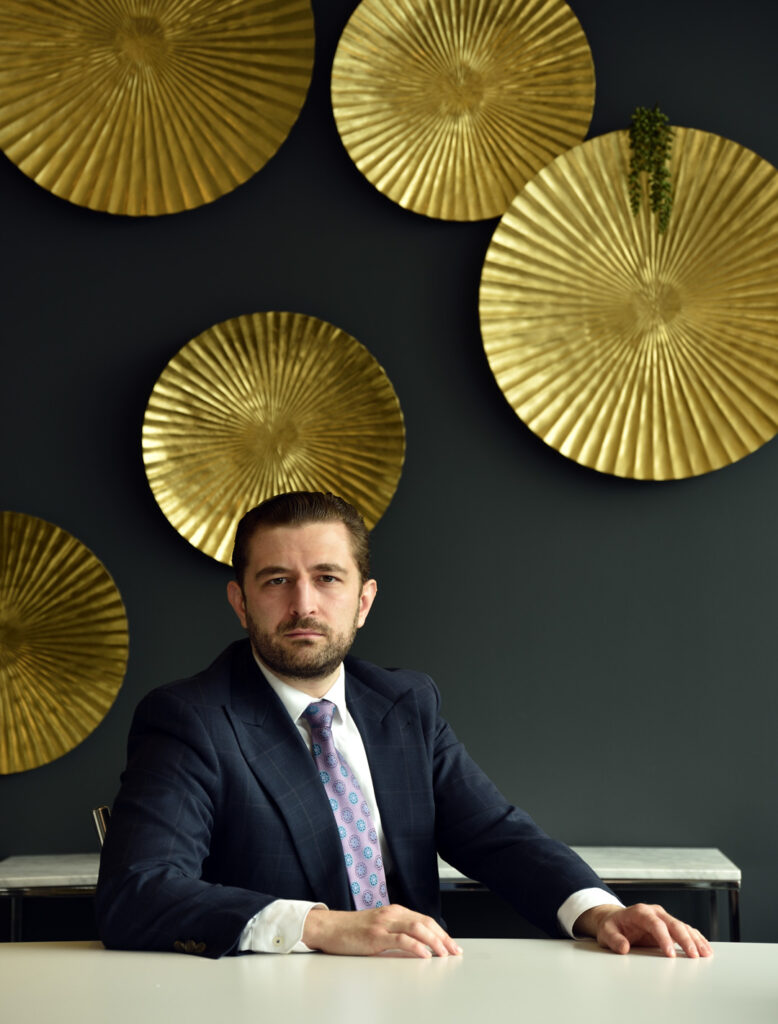 I had never been in trouble with the law before, and when I was falsely accused of a crime I didn’t commit I was scared and didn’t know where to turn. My family lawyer referred me to Alex Karapancev, and I immediately felt a sense of calm and relief after meeting with him. He believed in me and was confident about the steps he would take to beat my case. At trial, he fought tooth and nail and won my case. He eviscerated the credibility of my accuser, and the judge found me not guilty.
R.E
I was arrested for drunk driving and my life was turned upside down. I need to drive for work so the prospect of losing my licence was unthinkable. I hired Mr. Karapancev because he was genuine and honest in his assessment of my case. He didn’t sugar-coat things and explained what the game plan would be. After working on the case for a year and a half, Mr. Karapancev made strong arguments in court and I won my case.
A.F
Being charged with a domestic assault allegation and facing jail time, I sought help from Alex Karapancev. I had never been in trouble before and didn’t think I needed a lawyer. But when I found out that the Crown was seeking a jail sentence, I knew I had to get professional help. Alex explained to me that although the criminal process is typically lengthy, he would get me the best result in the end. I trusted him and am so happy that I did. The Crown ended up dropping my charges and now I am free and without a criminal record.
P.W
Previous
Next

Results matter. A reputation built on winning. Karapancev Law Is Ready to Fight for You!